A long day in politics.

Recent election.
Neither major party won a majority in either house.
One Green and two Independents agreed to join Julia Gillard and Labor in a loose coalition to form a minority government, giving them a majority of two.

During negotiations, all stakeholders agreed that stability was important and the fact the Greens would hold the ‘balance of power’ in the Senate when they took their seats in July was important.
It is complicated, but that swung the Independents. There was more chance of any legislative program being realised if Labor ruled and most agree there is little philosophical difference between the major parties anyway.

In a rare atmosphere of altruism, both Julia Gillard and Tony Abbott for the Conservatives, signed a statement they would provide ‘a pair’ for the Speaker to maintain the majority. (A pair is a long standing tradition that if a member is absent from the house for good reason, ie, cannot vote, the opposing party drops one vote for each absent member to maintain the balance thus avoiding frivolous motions of no confidence etc.)

But that was before the Independents decided to back Labor. Now, Abbott has welshed on that deal and furthermore, will not provide pairs for ministers (trade, foreign affairs, immigration etc) while they attend to duties overseas and it is not hard to imagine why.

Pressure is on from his backers in the big end of town to get him back into government at all costs. Climate change is back, as is paid maternity leave and a huge infrastructure agenda, all needing Federal money and increased taxes, some of which will be sourced from mining boom super profits. Now read on. 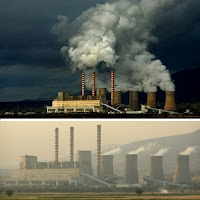 A long day in politics.


Brinnng-brinnng. Brinnng-brinnng. Brinnng…
“Abbott!”
“Tony, for Christ sake, what were you thinking?”
“Oh hello Digger, you’re not happy! What’s the problem?”
“Promising to pair the speaker at that stupid hug-in. Mate! That’s the problem! Can’t you see what you’ve done?”
“I can see you’re upset Digger, but we thought we’d win them over.”
“Well, you didn't! And now, if those bastards make it through to July, they link up with that shirt lifter Brown, we get the mining tax and there goes my effing profits!”
“Well, how was I to know? What the hell can I do now?”
“What? You’re asking me? Just get that bitch out! We need a new election before July or we’re stuffed!”
“With respect, Digger, it’s a bad look for me to go back on a promise, I…”
“Ha, ha, ha! Don’t shit me Tony. When did you not… paid maternity leave over your dead body, climate change is bunkum? Those two little doozies would have cost me a mint. But this is serious mate. We can’t pay a mining tax AND buy BHP Billiton!”
“But if I go back on that I’ll upset the independents more…”
“So? Just get me a new election and I’ll take care of them. With an Atheist in the lodge and a poofter running the Greens mate, we've got God on our side. I'll hit the media and you’ll win at a gallop!”
“But you’ll still have Greens in the Senate!”
“So they block and you get a double dissolution. Just get me an election and we’ll do the rest.”
“OK, Digger, leave it to me. I reckon I can bring her down.”
“Good boy Tony! Can I tell Rupert you’re on side?”
“Of course, always.”
“Thanks mate, we’ll be watching.”
Click!