Who is shis woman Mona Leezer;
Sexy eyes for all that seezer?
Smug, assured
Adored and bored,
She keeps her lovers in her freezer!

No need for worry or for doubt,
Jealousy to fret about.
When she fancies
Sweet romance, she
Chooses one and thaws him out!

Prompted by Magpie Tales.
Posted by Stafford Ray at 5:29 am 14 comments:

Who is this woman, Mona Leezer?
Sexy eyes, for all that seezer.
Smug, assured
Adored and bored
She keeps her lovers in the freezer!

No need for worry or for doubt,
Jealousy to fret about
When she fancies
Sweet romance, she
Chooses one and thaws him out!

This is the format I wanted but when the picture was added, it went as you see below. Any ideas?
Posted by Stafford Ray at 3:55 pm 17 comments:

Who is this woman, Mona Leezer?

Sexy eyes, for all that seezer.

She keeps her lovers in the freezer!

No need for worry or for doubt,

Jealousy to fret about.

Chooses one and thaws him out!

This little limerick is an old one, written when I realised I no longer saw people as members of a homogeneous group as my religion had dicated, but related to each individual as a unique human being.
Out went any claim to superiority by class, race, religion, nation, and with it the inherited permission to treat others with less than total respect. ‘Gunboat diplomacy’ was dead. 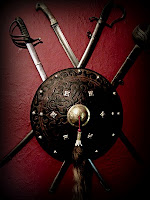 Survival of the Fittest.
We invented the cannon and sabre
To take from those living by labour.
But change is demanding
A new understanding,
That ‘I am my own neighbour’s neighbour’.

From that came the one rule that governs all my dealings with others. “Do not do to others what you would not wish others to do to you.” (the Mosaic commandment lets the deluded pester me with Watchtowers!)
Note: My 'commandment' does not work for masochists!

Dragged from the archives in response to Magpie Tales
Posted by Stafford Ray at 6:13 am 26 comments:

Our world.
Can never be as it was once.
Attacked on too many fronts,
by corp’rate high flyers
and climate deniers,
suffers death from a thousand cuts.

Japan, of all nations
should have resisted
its sinister benefits
and reminded us…

‘Nuclear revenge
Awaits those
Who dare
To seek its exhumation’. 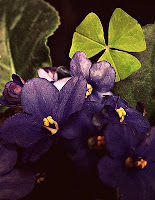 ‘Pink of my John’ would be dandy,
Or ‘Jump Up and Kiss Me’ quite handy.
‘Flame Thrower’ is nice.
But take my advice
And never call any bloke ‘Pansy!’

(Whimsical names for Pansy from Wiki)
Posted by Stafford Ray at 5:15 am 8 comments:

“Ginge” drops the other shoe.

On ‘Q and A’ (Australian ABC TV) last night, Prime Minister Gillard admitted she did promise ‘...no carbon tax…’ before the last election. Fortunately, moderator Tony Jones (pic) gave her the opportunity to explain her ‘backflip’. In a nutshell, she would have preferred to go straight to a cap and trade system, but the political reality of working in a coalition with Independents and Greens offered her a choice of a compromise plan that included a temporary carbon tax, or no plan. I breathed a sigh of relief.

For an agonisingly long time, she didn’t admit a change of mind. Journalists are so fond of accusing politicians of ‘backflips’, that I wonder how we got to the position where to change direction in the light of more information or political reality is seen as weakness, gleefully pursued as such by sneering shock jocks like Alan Jones and ‘policy free zones’ like (Opposition Leader) Tony Abbott!

However, it will be interesting to watch Oakshot and Windsor to see if they have the guts to risk the ire of their nominally anti-socialist electorates and continue to support what their consciences know must be done. There are some things, like the environment, that cannot be left to an unregulated (free) market. Surely that is the ‘take home message’ from the GEC and the Gulf of Mexico oil spill, both direct results of a shonky corporate culture that demands ‘profits now; the future be damned!’ 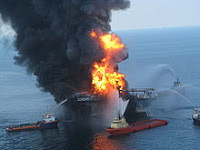 If we continue to treat nature as a ‘market’ and we continue to plunder environmental capital, we will eventually face the reality of a ‘market correction’. That correction can come in two ways and there are only two. We continue to pollute and let Nature adjust as it always has by forcing massive depopulation, sometimes to extinction, or we intervene to slow the process and perhaps, given time, reverse it.

We have the technology, but will we defer gratification to pay for it.
Posted by Stafford Ray at 8:07 am 2 comments:

Electricity prices will go up.

Does it scare you that Abbott and now Unsworth are stirring up fear of higher electricity prices under a carbon cap and trade system? It should.
How about a carbon tax? Does that scare you? It shouldn't. 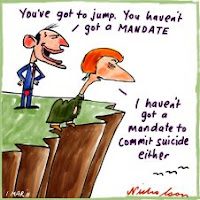 They both know a cap and trade system is the only sure way of pushing investment in renewables and the tax will be used to ease the burden on households and business through the transition period. So why are they out to destroy it? Because they are both being faithful servants of their constituencies; Big Business.

So if you are not a big business, think carefully about the consequences of handing your environmental future to Big Business and if you are a big polluter perhaps the question to you should be; "Are you a corporation first or human beings first?"

Corporations by nature pursue profit at any price, so it is time for human CEO's and human board members to regain control. Even corporations don't have a great future on a dead planet.

Whingeing over the cost of change is depressingly familiar. Remember the shrill prouncents that; 'it is impossible to refrigerate without CFC's. Engines cannot run on unleaded petrol. You can't insulation without asbestos... brake linings, tobacco, etc'? They all had their apologists and scare campaigns but manufacturers adjusted and even improved their products.

This is no different except that failure to fix climate change will make all other problems irrelevant.

If I have to tighten my environmental belt a little more to avoid environmental catastrophe and give my grandchildren a future, so be it.

Greens are good for you.


The Libs care for little but wealth
And Labs seek the same, but by stealth.
So, if you care
For the trees, streams and air,
Vote Green. It’s good for your health!

Politics is a dirty word. Lets clean it up!
Image borrowed from Nicholson, cartoonist extraordinare!
Posted by Stafford Ray at 5:22 am 8 comments:

I guess I was not alone in wondering what caused the Chairman of the Joint Sitting in Washington to be so overcome with emotion that tears were cascading down his cheeks as Julia Gillard wound up her speech to the joint sitting of Congress. The tears seemed to follow her comments that recognised the American contribution to space exploration, steadfast opposition to the USSR in the cold war and so on and her vision of the US as an ongoing force for global stability.

But even that, I thought, as much as we like to hear good things about ourselves, was not enough to cause such a flood of emotion, then I think I got it.

US motivation that took it to Vietnam, Korea, Iraq, Afghanistan and numerous smaller altercations is so mixed, that her friends and even her own people became confused then frustrated and eventually divided over those campaigns. Abroad, interventionist policies will always draw criticism and there is no nation that has recently been more interventionist than the US.

OK, we know all that. But I propose the idea that Americans, above all else, feel unloved.
Here we have an emotionally expressive people who are suffering vilification around the world, blamed for poverty in the third world, international arrogance, heavy handed interventions (shock and awe), Palestinian suppression by Israel, etc, some perhaps deserved, some clearly not.

Also, sacrifice has touched most American families. Grieving mothers and fathers, wives and husbands desperately need to believe their loved ones died fighting for the good of others, others that seem so ungrateful.

But at home, they see themselves as Julia Gillard described them; moral, brave, free, compassionate and above all, relevant. To my knowledge, no foreign leader has ever before hit that nerve so accurately and the reaction was tears of relief that somebody from outside, anybody, unconditionally declared the American people to be the good guys.

Fried chops, steak, snags and boiled veggies was 'it' until the Italians, escaping Mussolini, arrived smelling of garlic and no-speaka-de-English. Then it all changed.
They speak English at least as well as I do and hooked me on Italian food, but why can I no longer smell them?


It Must be the Garlic! 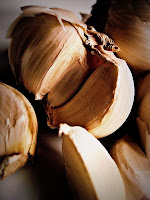 Be warned that the garlic we serve,
Might have a down side. I observe;
That people who stank
Are no longer rank.
(It destroyed my olfactory nerve!)

More smelly poems and yarns at Magpie Tales.
Posted by Stafford Ray at 6:14 am 13 comments: 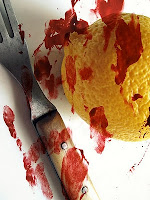 Scotty said Wha’ d’yer thank Mon?
The Pom was just happy to look on.
The Yank had a gawk
While the Aussie said “Fork!
It looks like a blood splattered lemon!”

More bloody Magpies at Magpie Tales.
Posted by Stafford Ray at 5:00 am 12 comments: