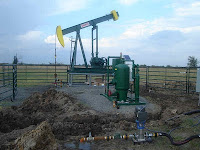 Jeff's Oil Well.
While this fundamentalist rants
“God’s oil well has fixed my finance!”
We must ask for whose sake
He sent this big earthquake?
And see that it's all down to chance.

As Forest Gump said: (quote from the movie).
Young Forrest Gump: Mama said not to be taking rides from strangers.
Dorothy Harris: This is the bus to school.
As God said: shit happens.
As I said: Sometimes wisdom awaits a paradigm shift, Jeff.

This post more or less continues on from the previous two.
Posted by Stafford Ray at 5:26 pm 15 comments:

Inspired by a comment from Madam Morgana.
Posted by Stafford Ray at 4:23 pm 4 comments: 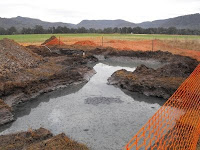 The suits, the hats
Seducers all,
Buy time on prime TV

Like the randy
Drunken lout
A lying one night stand,

You have your way
And leave behind
A monster pregnancy.

First published by Poetry 24, a new blog devoted to poetry about current affairs.

Email ThisBlogThis!Share to TwitterShare to FacebookShare to Pinterest
Labels: Poetry 24 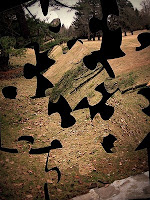 Torture.
Scourges bestowed on humanity:
Pestilence, pain and profanity.
But nothing that I saw
Was worse than a jigsaw
For self-induced total insanity!

"Never in the field of human endeavour has so much time been spent by so many for so little!" Me.

Temptation provided by Magpie Tales.
Posted by Stafford Ray at 6:39 am 18 comments: 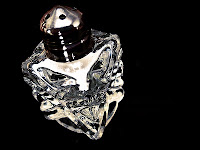 Who was that monster unmasked?
She furtively, fearfully asked.
Then saw on the label,
It says ‘Auntie Mabel!’
And Grandma said “Well! I’ll be farked!”

Absent with good cause. 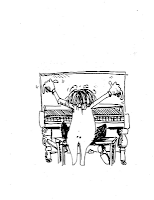 Just in case anyone missed my 'grumpy old man' pieces, or my heroic efforts to extract a smile from Ada Trellis, the reason I have been semi-absent is that I have been exceeding busy, preparing a revolutionary literacy program to present to a large western Sydney primary school.

I am confident (based on observation of results so far) that this program has the potential to dramatically improve literacy 'across the board'. It suits all learning styles but is particularly effective with 'right brain' kids and 'problem children', and aren't they all!

The submission includes the rationale, special reading resources, the methodology and detailed lesson plans. The program is intensive, efficient, dynamic, easy to manage, inclusive and above all, fun. (even for the teacher).

If you want to know more, you know where to find me.

Drawing of me is a Paul Manning original.

Email ThisBlogThis!Share to TwitterShare to FacebookShare to Pinterest
Labels: Education

A year of weekly Magpies!

“What did ye do
Wee house of blue?

Cold and lonely
Why you only?

Shut up and give me the key, Keats!
I’m freezing my arse off out here!

Cyclones and other Acts of God.. 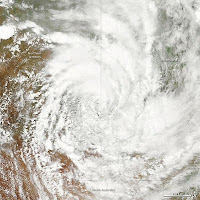 Most of us would reject the proposition that recent extreme weather events in Australia were initiated by God in retaliation for (then Australian prime minister) Kevin Rudd advising Israel to sign the Nuclear non-Proliferation Treaty or any similar self-serving nonsense. However, scientists predict that such events will become more frequent and more extreme as climate change accelerates weather systems, so it may be time to really take notice of what science is telling us.

Tropical cyclone Yasi was spawned in the Pacific when the Coral Sea registered its highest water temperature ever, as did the Gulf of Mexico before Katrina hit New Orleans. Here, eminent Australian scientist Professor Frank Fenner, who helped to wipe out smallpox, predicts humans will probably be extinct within 100 years, because of overpopulation, environmental destruction and climate change. 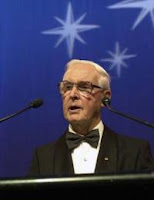 Now, even if we think Frank may be a bit off with his timing, and some would argue that it could happen sooner, with many thousands of nuclear warheads waiting for someone to become paranoid enough to launch a few, a peaceful transition to lower populations, nil carbon economies and world peace is certainly not assured.

Now I take you back to Danny and his delusion. (If you took the link, thank you) Danny can be dismissed as a schizophrenic who went off his medication, but far more dangerous are the less extreme who put their faith in a middle-of-the-road religion, simply believing God is taking care of it when 'He' clearly isn't. Then there are those who quote Biblical accounts of creation, origin of man and his fellow creatures and who tell us 'God will destroy the universe by fire and climate change is the start'.

That prediction, cherry picked from hundreds made and failed, certainly fits a simplistic interpretation of climate change. However, the truth is that climate change or even a nuclear holocaust will not destroy the world nor will it have any substantial effect on the universe. As soon as Man is gone, the biosphere will adjust, life will go on and the survivors will evolve to fit the new paradigm. But what will be missing (among many others) is Mankind.

So my plea is to all people of good will, and that includes people of any of the thousands of belief systems humans have created over a hundred millennia, please consider the evidence, check the credibility and motivation of your sources then push for change. This is a unique and beutiful planet. Let's not totally stuff it up for ourselves.


Picture of Cyclone Yasi borrowed from here.
Posted by Stafford Ray at 8:22 am 9 comments: 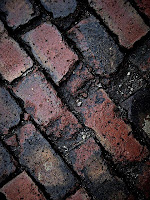 Bricks and tiles and pottery turned
With clay sand our fingers learned.
Then what’s amazing,
We invented glazing!
But sometimes even bricks get burned!