Why is Terry Jones not behind bars? OK, so we agree that a demented mob killing UN workers and their guards in Afghanistan is so heinous a crime it overshadows that perpetrated by deluded egotist Terry Jones.

However, we can only deal with our own and hope their struggling justice system deals appropriately with theirs. It is all so tragic and unproductive but... 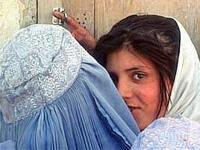 The more enduring tragedy is that moderate voices are lost in the hysteria. Surely it is realised that enduring change comes from within and Terry Jones, almost single handed, has gagged reformers within Afghanisan. Now, their mindless and excessive reaction is in danger of silencing moderates in the US too and so the insanity continues, polarising opinion and sucking us in.

Here, Terry Jones would have been arrested before he burnt a Koran. Incitement to violence has been a crime since 2005. Here is the opening statement of its introduction.

"Crimes Act Amendment (Incitement to Violence) Bill 2005. This Bill will criminalise threats of and incitements to racially or religiously motivated violence. Policy rationale. In order to maintain harmony in a multicultural and multi-religious society, Parliament must send a strong signal that threatening or inciting racial and religious violence is unacceptable. At the same time, law enforcement authorities should have the tools to target the purveyors of hateful, violent messages before, not simply after these messages are turned to action." (accentuation mine).

Note: The first person to come to attention under this act was a Muslim clerics. Mark Chipperfield's report (Sydney 27 Oct 2006) is instructive: 'Australia's most prominent Muslim cleric was threatened with deportation yesterday after he was reported to have said that women who "sway suggestively" and do not cover up can provoke sexual assault by men. In a sermon marking the end of Ramadan, Sheikh Taj el-Din Al Hilali told worshippers in Sydney that women who display their bodies were like "uncovered meat".'

What he still says behind closed doors in anybody's guess, but his public rantings have been curtailed by Incitement to Violence laws.