We all lurve our cars and have painted ourselves into a corner by our dependence. So how can we get out of that one? First, what is stopping us from dumping the petrol/diesel engine and taking to public transport? There are a thousand answers, but here is mine. 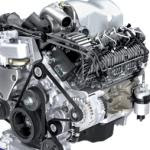 Public transport based on rail, light rail and buses does not work for enough of us. If you need to carry stuff, rail is of limited value, even if you live within a short walk of a train station. Light rail ditto. But even more difficult is the in-betweens, where distance increases the further out you live.

Infill is done with buses. But only the desperate catch buses for reasons of comfort (weather), time, ignorance of timetables, distance from gate to bus stop, perceptions of danger etc, and buses are impossible if one carries more than a lunch box and an umbrella.

So we get into the car and put up with traffic as we commute, shop or play and blame the government. Problem is; there is no money for double and then triple-decker roads in economies that are already in deficit big time. Catch 22!

But wait! Try this idea.
Cheap electric cars free ‘Super Train Stations’ and renewable base load power.
Do not panic. Read on and all will be explained.

Electric cars need a huge investment in infrastructure before they can replace gas (petrol/diesel) cars. Right now, Israel is the only state that has decided to install a nation-wide all-electric car ‘refuelling’ network. Good for them. But how does that apply in the US, Canada, South America, Africa, Russia, China, India and Australia for example, where we move stuff and people vast distances with huge gaps between population centres? It doesn’t.
Rail works fairly well over long distances and high speed rail promises non-polluting inter-city express services for people and freight. But it is commuter traffic that is causing the headaches.

If we can overcome the infrastructure problems, electric cars offer huge advantages. They are non-polluting, quiet and very cheap to run. They would also be cheap to make with only one moving part in a motor that needs as little attention as your refrigerator.

If only we were not trying to force them to fill the gas car slot! So unless someone is prepared to fund nation-wide infrastructure to support it, the gap is too wide. Then there are batteries. They are heavy and expensive. 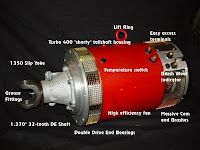 While ever manufacturers insist we need to match the performance of a standard car/truck/ship/plane, we are stuck with high cost batteries. Actually, to fully match gas cars, such batteries do not yet, and may never exist. So to break the nexus requires that paradigm shift and this two-part game changer.

1. We start with a basic electric commuter car with choice of battery pack starting as low as 50Km (30 miles) should cost between US $5,000 and $10,000
2. A ‘Super Station’ rail network that uses existing infrastructure and costs government zilch to build.

What is, and why a Super Station?
Step one:
On any (surface) rail network in a city, pick the most outlying dormitory suburb and declare the space above, below and beside the train station vacant and available free to any developer who will build a Super Station then invite expressions of interest in building a complex that consists of:

Parking to accommodate commuter electric cars within a 7Km (4 mile) radius.
Conditions:
1. Parking is ‘free’ to owners of all-electric vehicles (and bicycles).
2. Electric cars plug in to the grid. Commuter cars are recognised by the complex’s computer that also registers expected exit time so batteries are charged to a satisfactory level before departure. But it is the hours in between that provide a unique opportunity.

When the system is mature, in between the time of arrival and departure, millions of cars across the city (and nation) remain plugged into the grid with millions of (privately owned) batteries providing storage for renewable electricity generators, solving their base load power problem. Power can be drawn out and pumped in as required. At home, cars are reconnected, so the only time their batteries are not available to the grid is while they are at neither home nor parking station. Neat? It gets better.

Moving forward;
1. Such complexes are offered to developers at planned locations , nominally about 12 km (7miles) apart, cutting the number of train stations needed to about a quarter or a fifth of those now existing, so with less stops, all trains become “express”.
2. Roll out. Development is started furthest out to most quickly reduce car-miles. The rate of roll out is controlled to provide continuity for building contractor, time for uptake of electric commuter cars, infrastructure adjustments etc.
3. Each Super Station is a discrete entity. It is immediately usable by electric vehicles from its feeder area (and further afield) and is not dependant on any wider support network.

So what’s in it for investors?
There is detail on station design, retail mix, uptake patterns that would fill pages, but suffice to say they make their money from retail shop rent and fees charged for access to their electricity storage capacity.

Two dreams are realised.
• Generators solve their base load power problem and
• Developers get a captive clientele. And what clientele is more captive than commuters coming off trains within their building, with their cars an elevator away and the next stop home!?

The cost of running an electric car to and from the station for a week is about 50c, and if the kids are dropped off at school and the car is used for sundry trips to sport, music lessons or the local adult shop, you might be up for $1 a week. And if it is used to drop people off at the station so the car is available for other family members, make that $2 a week!

Let’s have some fun with this!
We all say we need to fix climate change but we feel powerless to do anything effective. Maybe this won’t work, but it might prompt some better ideas. So, if you want the full article, e-mail me and I will send the whole 6 pages. Then you can tell me why you think it won’t work and together we can hone it up and start pestering politicians. We need that paradigm shift moving forward and maybe we can create the game changer that breaks the nexus!
Posted by Stafford Ray at 8:09 am