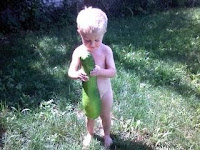 Jack Wightman died about fifteen years ago and the dairy died too. Not that Jack being there was pivotal. On the contrary, in a way, it survived despite him. It was the halving of the price of bulk milk that killed that dairy and hundreds like it.
But the timing was right for Dot. All her children had left home except Kevin, the youngest so she became semi retired and lived off her ‘shop’. Beef cattle replaced the diary herd but she could never stop farming. Odd, considering how progressive she had been as a young woman, she reverted to methods used by her parents and grandparents. I suspect she understood about carbon footprints long before anyone uttered that phrase. She was smart and she was wise and she walked the walk

Around the house, that had no hot water, no kitchen sink and no water supply except one old steel tank, she grew her veggies and bred her ducks, chooks and the occasional turkey. Duck eggs and fowl eggs were placed under bantam mothers to hatch, because ‘bantams make the best mothers’ so around the yard wandered a motley mixture of species that seemed happily unaware they were being manipulated by the wily old woman who fed them. She was a true farmer who understood her animals and plants like nobody I knew.

Born in the farmhouse, she grew up there and took over the main role when her father died, buying a Grey Ferguson tractor in 1947, probably the first in the valley. When she went to high school, Jack was the school bus driver and Dot was his passenger. Some in the community never fully forgave him for marrying Dot, much younger, pretty as a picture and heir to the property. They said the roles were reversed when he moved in. He became the passenger.
But Jack, whatever some thought of him, helped her to the end. I say helped, because Dot was always the boss.

Her children, all five were bright and some super bright like Heather who studied mathematics and became a computer whiz and trouble shooter for BHP. But before she became too busy, she worked for me.
I met Dot at a community meeting where in those days she seemed to be the secretary of everything and asked if she knew any kids interested in zucchini picking, so she sent me Heather. Heather was not only a top student, she was a top worker as were all Dot’s children and every one of them worked for me at one time or another except John the eldest who I didn’t meet until his mother’s funeral a few weeks ago.

A couple of acres of zucchinis is easy to plant but takes a lot of picking and needs picking every day, so I asked the kids to see if they could find some more pickers. Next day, Kevin, Dot’s youngest turned up with two mates so I put each newcomer with an older person to learn the ropes and we got on with it.

After a while, I sensed something was wrong and looked up to see one lad throw a zucchini at another, so I warned him. All seemed to go well for a while until I found another of the three hiding in the vines and lobbing some big ones at another kid then all three started an all out war with my precious Zucchinis as ammunition.

I had no option but to send them home. Just as they walked off Jack and Dot strolled onto the paddock. They stopped for a minute to watch Kevin leaving with the other kids then came on to where I was working.
‘Nearly finished?’ asked Jack.
I looked across the paddock at the acres yet to be picked.
‘No mate, nowhere near finished, but I had to send the boys home.’
‘What happened?’ asked Dot.
‘They were throwing fruit at each other. I warned them a couple of times, but they kept buggerisin' around, so I had to send them home. Sorry.’

Jack was silent for a moment. He took a long look at the departing boys, still pushing each other, laughing and playing as they went, then turned back and offered me this little gem.

Pic borrowed from here.
Posted by Stafford Ray at 5:12 am