Crystal sets and in utero conditioning.

I really can’t afford the time, but I feel the need to do my grumpy old man act on this one. 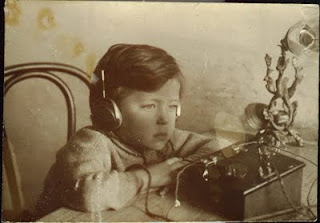 When I was a kid of maybe twelve, I built myself a crystal set and could lie in bed and listen to the radio through earphones. However, the only clear station was the one that broadcasted Parliament from Canberra so I was exposed to politics and debate earlier than most kids are if ever. I must say debate back then was debate, unlike now when most of it is mindless childish posturing.

However, like pre-born babies who hear certain tunes or voices while in utero I am forever drawn back to listen to the sounds of my early youth. But let me get to the point.

You wouldn’t think it right now, but Australia on the whole has one of the highest per capita incomes on the planet. Our problem however, is that national income is heavy on coal and iron exports and not a lot of that trickles down, but still our living standards are very much higher than Indonesians, our nearest and in some ways our dearest neighbours.
Last time I flew to Timor and Flores was about fifteen years ago, but I doubt much has changed. There I visited a dozen or so homes, one the home of a reasonably highly placed official in Kupang. The house was smaller than houses were here a hundred years ago, about 8 squares, with a dirt floor, maybe three light bulbs and a small TV set.

Here most houses have a refrigerator or two, a freezer, washing machine, dryer, air conditioner, hot water on tap, twenty or more lights, a wide screen TV or two, vacuum cleaner, microwave, toasters, jugs a computer or three plus many more lesser electrical utensils.
I would estimate a per capita electricity use per head of maybe a hundred time that of the average Indonesian.
I stopped to listen as this idiot insisted that Australia need not do anything about climate change because ‘Indonesians are doing less’.

As you all know, my politics favours internationalism over parochialism, cooperation over confrontation and above all, an awareness of the science of Climate Change and a realisation that unless we fix that and pronto, all else will become academic. Chances are that by the time my grandchildren reach adulthood fixing it will be well beyond us.

When we have killed off our ocean ecosystem by allowing acidification to rise way past the ability of corals and krill to survive, made agriculture more difficult and continued to populate way past the ability of the planet to support us, human misery will cause such conflict that we will all be dragged into the most profound adjustment for humans the world has ever seen with the end of the Human Era a prospect, second comings and rapturings notwithstanding.

It is difficult, it is complex, it does require sacrifice and we would all wish it to go away. But as anyone who has built a bridge, developed a vaccine, won an Olympic gold medal or flown to the moon will tell you, none of those things happened by wishing for them. They took a lot of planning, skill, money and hard work over a long time. Wishing, praying and slogans did not lay even the first brick and so it is with our climate change response. Every one of us must commit or we are stuffed. But what are we getting from, our leaders?

As I see it, politics has degenerated into a contest of egos who say whatever polls indicate will get them votes. Unlike in the real world, dumbing down issues and compressing them into three word slogans works. Support for action is waning on the back of a few publicity seekers in media and politics who are saying basically that climate change is nonsense, or God is taking care of it and in any case there is nothing to worry about if you get rid of this government and vote for me.
Wherever you live, does that sound familiar?

Indonesian pic courtesy http://www.travelpod.co.uk/photos/2/Indonesia/Kupang.html
Kid with crystal set is not me. He is far cuter than I ever was.
Posted by Stafford Ray at 7:06 am