I don’t often utter the name of Einstein, mathematical genius and social rascal. The most recent time I did was when I ordered a beer in a bar in Munich. There I attempted to ask for a beer in an accent that left the barman wondering and my origins in no doubt. 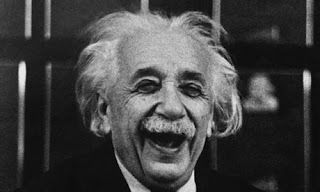 “Einstein danke!” I said, which apparently means ‘one stone thank you’. But frantic waving of an empty stein in his face did the trick and a ‘bier’ was duly placed in front of me and a huge number of euros changing hands was my penalty.

However, idle minds will wander and so mine did in the early hours of this AM to pose a question that has serious implications for watchmakers and timetables, so dear friends, I share it with you.

I am presuming sea levels will rise because we are too dumb to take climate change more seriously than repayments on our shiny new digital plasma TV’s, so let’s presume it will happen for the sake of the exercise. Put aside for a moment what sea level rise will do to our coastal cities and land, and come with me on a short foray into Einstein’s playground, Academia. Here we can share a bit of irrelevant research.

Most researchers and activists seem hell bent on writing papers on the sulphur crested long toed purple tongued tit or what planting the equally threatened daggy barked acacia in someone else’s back yard will do for the speckled bummed laughing frog, but we are serious. We are about to solve one of the last BIG questions still unanswered. Viz, ‘How much slower will the earth rotate when sea levels rise by one metre (projected to occur between the years 2050 and 2100’)?

Disclaimer: If you can’t follow the math, don’t look to me for erudition. I have no idea what I am doing or even if the premise has merit.

Now, that might not seem like much, but if you added up a whole year's worth it would come to 5.279788530414806 seconds. It is about how long it takes to exclaim ‘Well! I’ll be damned!’ But if you are serious about being on time, you are probably already on E-Bay looking for a digital watch that automatically adjusts for climate change. Apart from cockroaches, watches are one of the pitifully few things that can.
Posted by Stafford Ray at 8:15 am