As predicted, we attracted suspicion from members of the most secretive of secretive sects, but were eventually approached by an older gentleman who invited to stand close enough to hear the short eulogy that was delivered to members and their disinterested children by Bill’s son-in-law David. Then shovels were produced and Uncle Bill was returned to the soil that had nurtured him. 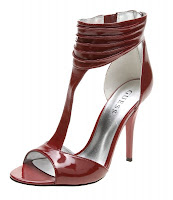 Of the immediate family, only dear zany Pam and her clan were still members of the sect. Understandably, she was somewhat overwhelmed by our presence, but despite having known me well and having lived near my sister Dianne in the past, she twice asked us who we were.

Sister Dianne and I made ourselves known to the old lady, who seemed to remember me and was introduced to Sis, born after the schism and with no knowledge of the sect or its members. I can’t say the welcome was a warm one, but on the day she was burying her husband of 75 years, she could have been in a daze of grief. Then again, I detected an impatience with our presence. After all, with family ‘outsiders’ outnumbering those still in captivity at least two to one we must have represented a challenge to their superior morality. Sadly, nobody came from Bill’s brother’s family.

But as predicted, we outsiders got together afterwards in a restaurant, met the generation born since we last met and thoroughly enjoyed each others’ company for a couple of hours. It was worth the trip.

However, I am kicking myself I didn’t take my camera. But as nobody else did either, perhaps photos are taboo now. Who knows what the MOG has declared sinful since his last edict! What I would like to have shown you was the shoes.

With no make-up, jewellery, hair dye and all plainly dressed and sporting a curiously truncated head scarf, the women expressed their vanity through the most expensive and ornate shoes I have ever seen, with bright colours, patent leather shining, bejewelled and with heels! Funny animals, humans.

Shoe borrowed from here.
Posted by Stafford Ray at 4:41 am