Magpie 66 in the woods

“A century and a half after its publication, Walden has become such a totem of the back-to-nature, preservationist, anti-business, civil-disobedience mindset, and Thoreau so vivid a protester, so perfect a crank and hermit saint, that the book risks being as revered and unread as the Bible.” John Updike. 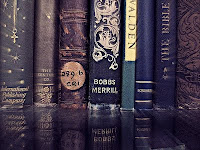 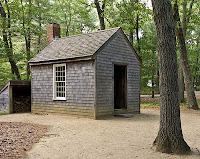 His need for stillness understood,
He built his cabin in the wood.
Came to know his furry friends,
Wrote a book to make amends.

Stayed two years, two months, two days,
Learnt to live in simple ways
Cut some wood and grew some greens
Ate some woodchuck in between

Not for him a gramophone,
The internet or mobile phone
No trains or planes or cars to mar
His perfect peace; his Shangri-la.

More stories and poems can be found on Tess's Bookshelf.
Posted by Stafford Ray at 6:02 am