In a literary magazine last week I saw an appeal for six poems to be published on the back label of a series of wine releases. The winery is Coriole Wines and their contact is helen@coriole.com
Of course the following is unlikely to be what they want, but you know me, I could not resist.
By the way, for those old enough to remember, the doll on the left is Lucy from when TV was black and white and comedy shows were funny! 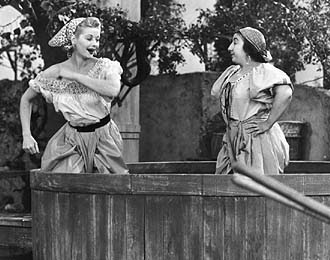 Larss Drinks.
I oft shared a bottle with Larss;
Who sipped with decorum and class.
But once in the bistro
Was totally pissed, so
He finished up flat on his arse!

Wine Lovers.
Two pickers of fruit to make wine,
Their young hearts began to entwine.
Went frequently missing
For cuddling and kissing,
And more, hidden under a vine!

Truth hurts.
‘In vino veritas’ states
You drink and confess your lewd traits.
But heed this dire warning,
That maybe next morning
You’ll find you have lost all your mates!

Nightcap.
There once was a fellow named Fred
Who took half a dozen to bed.
His wife’s main objection
Was lack of erection
So now poor Fred sleeps in the shed!

Email ThisBlogThis!Share to TwitterShare to FacebookShare to Pinterest
Labels: Funny odds and ends