Scientific experiment anyone can do at home.

It has been said we Humans use only ten percent of our brains. So what do we do we do with the rest? Being a Darwinist, I look for advantage in everything, so I had a good look at IXL and realised my lovely lady would never have attracted my ardour had she had a head the size of a Pomeranian. 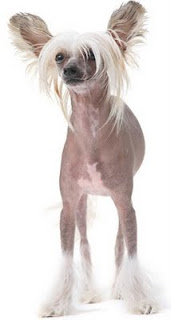 So it is 90% padding. But in most of us, even that ten percent seems to work less well than almost every animal when it comes to interpreting natural evidence. I refer to the fact that some very powerful people mentioned in my last few posts lack the ability to critically analyse their own ideas before declaring them facts.

Tony Abbott asked recently why Carbon Dioxide, which is an odourless, colourless gas that mixes totally with the atmosphere and is therefore weightless could possibly be measured in tons! If you reacted by asking; “So?” maybe it is time to close this screen. To those still wondering, I pose this question:

Why would anyone exposed to the evidence all around us that Science is keeping planes in the air, holding up skyscrapers, replacing heart arteries, splicing genes from fish to wheat, you name it, but still assume their own random assumptions are the absolute truth based on no evidence except that they thought it up or maybe it is what some bloke said at the pub?

In the same basket, let’s place that deadly elation that occasionally floods a soldier’s brain that causes him/her to rush a machine gun emplacement armed with nothing but bare fists and temporary insanity. Why the same basket? Stay with me and keep that ten percent open.

What if both examples enhanced the survival of the tribe?
What if we evolved to mindlessly accept the belief system of our tribe so we would follow the direction of our leaders in times of crisis and so not hesitate to sacrifice ourselves to enhance the survival of many? Making sense?
Any general will tell you that the purpose of boot camp is to render a soldier mindless so he/she will obey any order without question. Imagine what would happen if the order “Charge! “ was met by an incredulous “You've got to be kidding!"

Scientific training changes that for most of us. I say most because there are scientists who fail to critically examine assumptions they hold on issues outside their area of expertise, which they should know is very naughty indeed. Unfortunately, such pronouncements give succour to the Bachmanns and Abbotts of the world who declare Climate Change is a conspiracy or Intelligent Design is science and quote as their source, ‘hundreds of scientists’.

So, why do apologists get away with basically misrepresenting the evidence? We can all think, we all have access to the information but, my friends, we lack one simple process. We can’t seem to ask the one simple question that would boost us to the next level of intellectual honesty. We can’t say ‘WHAT IF I AM WRONG!?”

So my challenge is to try it.
Put the ego aside, take any firmly held belief, ask yourself the question, look for contrary evidence and see where it takes you.
It never fails to surprise me.

Cute dog pic borrowed from the net.
Posted by Stafford Ray at 6:36 am