The Huns are coming!

“Climate Change is here!” does not compare to your classic “The Huns are coming!” as a generator of adrenalin.  So although it presents a more dire threat than whatever wiped out the dinosaurs, It is all happening too slowly for that. But once here, and it is here, unlike the Huns, it will never go away. 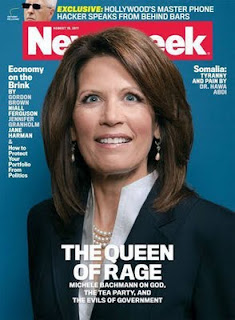 Now consider this. Both Snowbrush and Helen in comments on my post on political vitriol, mentioned Michelle Bachmann. I looked her up and discovered a right wing Republican, who among other things has more faith in her intuition than science while at the same time admitting she is not a ‘deep thinker’. She believes Intelligent Design is science, we should scrap the minimum wage and universal healthcare (those two go so well together, don’t you think?), feels threatened by taxes, abortion, gays and Muslims. She wants to control what happens in the bedroom but not what happens in the workplace or contribute to national health. If we could see into her mind, we would probably see the elephant in the room that Obama represents but I will not speculate. The public record is radical enough.
Then, did you hear (British PM) David Cameron, in his best Churchillian, threatening; ‘We will track you down… we will punish you”? Of course rioting and looting are mindless, frightening and criminal. Perpetrators should be arrested and tried but Cameron has exacerbated the problem by further dividing the US and THEM of British society, making the task of addressing the reasons unnecessarily difficult.
Here, Tony Abbott is determined to destroy Climate Change initiatives, and like Michelle Bachmann, is against any initiative that will cost the very wealthy anything. Their rhetoric is creating a division between the political left and right not seen since the Great Depression. Then consider where that led… Radical communism on one side and Radical Capitalism on the other, with Nazism in between. Radicalism happens when we feel stressed.
I did say feel stressed, because I believe Climate Change and the Global Economy can be fixed.  Hope energises people to make sacrifices and feel good about their contribution. But we are allowing political opportunists to scare us into radicalism again.
What happens next is classic tribalism. Both those problems are global, complex and require intelligent solutions. But that ain’t what’s happening folks. We are doing what we have always done. We are turning to ‘strong’ leaders who promise they will wipe out the Huns if we make them Chief.
But where are the Huns? Don’t worry, our Leaders will identify them for us. Hitler identified them as Jews. Milosevic identified them as Muslims. Marx identified them as Capitalists, Hoover identified them as Communists. Ayotollah Khomeini identified them as anything Western. But none will say “Climate Change” because they instinctively know it is not on our evolved list of adrenal triggers for many.
With Europe threatening to collapse, our energies and wealth being dissipated by ‘wars on terror’ and so many shrill voices with finger pointing, it seems we have evolved little since Chimps started raiding neighbouring colonies to kill and eat their babies.
Whatever happened to politicians who debated using facts, listened with respect, negotiated and voted from a shared wish to benefit all the people? I feel they are there but moderate voices rarely create headlines so we rarely hear them.
Posted by Stafford Ray at 1:28 pm