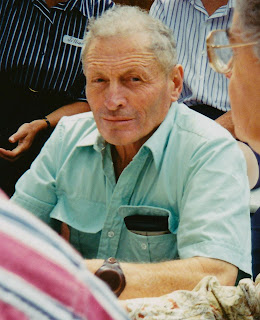 Last weekend we buried my closest cousin, Walter Turnbull Jones who was a few weeks off 80.

At the funeral service, a few of us talked about how he effected our lives, and as his closest, I had the most stories, all good memories. In one story I mentioned that Wally had taken me to see my first movie at about 8. At the State Theatre in those days, an organist entertained before the start and a jazz orchestra played a 20 minute spot at interval. That experience opened my mind to live music and a glimmer of what I might do with my life.

I finished that story by telling the congregation that, as a child raised in an Exclusive Brethren household where radios and record players were not allowed, just about the only music I heard were hymns. If he had known, my father would have been horrified. Even fifteen years later when I had established myself as a professional musician, he would wait up for me to come home from gigs and berate me for playing the ‘Devil’s music’. I never really understood why they were all so frightened of music.

That questioning of doctrine led to other questionings, so I guess that was the start of my escape into the world of Reason. Maybe I would have made it on my own, but I thank Wally for opening the door and his mother for teaching him to be independent. Paradoxically, he became more and more devout as he aged, with a child like faith that I never tried to shake. Dogma and ritual made him as happy as it had made me sad.

Wally was born 'a snag short of a barbie', but his firecracker of a mother, after giving him every chance to reach his potential and finally realising he did not inherit her amazing intellect, set about setting up his financial future and she did it well. But it was the service itself that I want to talk about today. 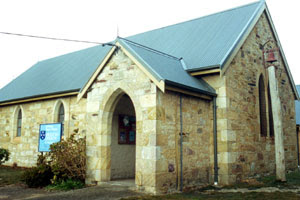 The old stone St Peter’s at Mt Victoria was packed with family and friends to see him off. The regular Minister came back from holidays for Wally, and some travelled from overseas to be there. He was very short at barely five feet tall, never married and never had a partner. He was incapable of much more conversation than your average ten year old, so what was it that drew them to him? As their stories unfolded, it became clear. He was a connector.

Wally would call every one of his cousins out along the family tree to about three degrees at least once a week to pass on a snippet of information, typically a one-sentence announcement such as: “Who had a new granddaughter yesterday?” He was just quirky enough to leave it as a riddle and start the rest of us phoning around for the answer. He was invited to everything going and seemed to be always there, always smiling and always pleasant.

He was welcomed into at least twenty homes any time he wanted to visit, and was loved by all of us. I was holding his hand as he drew his last breath and I know what it means when they say ‘he/she died peacefully in his/her sleep. He did. RIP Wally.

Of the three hundred or more there that day, I would guess over half were regular churchgoers, and maybe they all believed in the ‘resurrection of the body and the life everlasting’, and maybe they found solace in the idea that his death was not the end. I respected that by not telling all of them I am a card carrying Atheist. They are good people and they loved Wally. In that context and to me, that was all that mattered.

Support for the bereaved is one of the three positives I think religions offer, apart from magnificent architecture and wonderful music. Next time I might share the other two.
Posted by Stafford Ray at 6:09 am