Electric cars are all about the batteries. 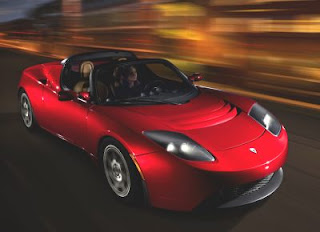 An electric car costs about 10% as much to run as an equivalent petrol car, has virtually no maintenance and is cheap to make. So why are they so expensive? 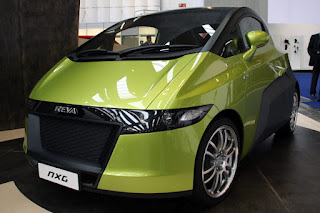 But if you want a town car to take you to work, shopping, or the kids to school, get an Indian built Reva for about $15,000 or wait for the Australian designed, Chinese built E-Day for under $10,000 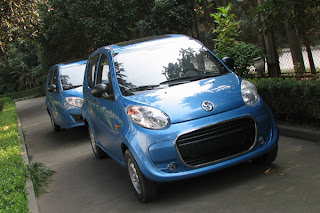 But whatever car you choose, the price is about the batteries and the batteries are about range.
With weight not an issue, on our ketch Heavy Metal we have 600 amp hours of storage for under $1,000 but in a car, lead acid battery power is less attractive because of range for weight. But what if you could double the range and do it at no cost? Walmart in Columbus Ohio has done just that! Simply by running a few cables and installing some plug in points, your e-car is charged while you shop so your range has to take you only one way. The cost to them of a full recharge might be 60c, but the average top up might be more like 10c.

Now compare that with the Coles-Woolworths 4c per litre reward scheme here in Australia, where the average reward payout is about $1.20. If they offered free charging at 10c their rewards payout would reduce by over 90%. It is a no-brainer, but will they? 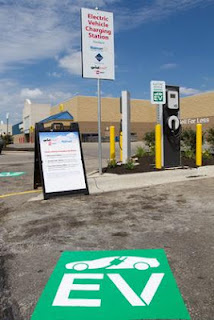 You have to be joking! The big duopoly has cornered the petrol market with its 4c/litre supermarket spend reward system, so why would it want to undermine that? We need a third player to get in here and attract the electric car commuter and that will probably be Costco, with its US roots and Walmart philosophy, or German based Aldi with its innovation and established chain of outlets. Then again, it could be done on a whole Shopping Centre or Mall basis with shared cost and even pay-as-you-go card activated spaces. So even if we pay, it is still attractive at 10c per top up!

Who will be first? Aldi, Costco, Franklins? Perhaps we need a Walmart here!
Posted by Stafford Ray at 8:57 am