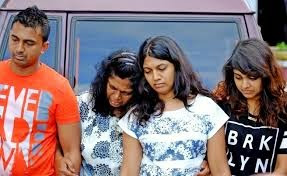 At thirteen, my son was introduced to Heroin by trusted adults. That one act was enough to ruin his young life and thus began almost half a century of grief for his family and his friends and a sadness we will carry to our graves.

This week we saw the execution of two people who had organised others to smuggle enough Heroin into this country to ruin many more young lives.
But both of those men changed while in prison to become leaders in constructive ways that offered other prisoners a role model. That loss was only one of many Indonesia will suffer.

We all saw the grief and disbelief on faces of innocent mothers, fathers and siblings as the executions were carried to their grisly end. But that pain was not matched in Australian media by depictions of pain suffered by thousands of Heroin users, as they slowly destroy their lives and degrade the lives of people who care about them.

The plight of Heroin users was the excuse for the executions, but if we demand an 'eye for an eye', as Gandhi said, that just means we will have a lot of blind people. There is no value in a contest to see who suffers the most. This is not about difference, this is about inclusion. If we widen our scope to include the loved ones of all people in jails and detention around the world we see a compelling oneness. All their loved ones grieve for them, the perpetrators just as much as the victims.

But the death penalty adds a dimension that is more cruel to the survivors than it is to those executed. The death penalty destroys that one emotion that keeps us going against all odds, and that is hope.

Pic: courtesy Daily News.
Posted by Stafford Ray at 12:25 am