I thought I had seen denial at its worst, when in the sixties, despite overwhelming evidence to the contrary, Big Tobacco paraded expert after expert stating unequivocally that tobacco was not only not harmful, but was good for you. Now we have the same mob running interference for Big Energy, as we ramp up coal exports and load it in one of the most sensitive environments on the planet, the Great Barrie Reef!


This Sunday I will march for the first time in protest against our new government’s determination to defund and unwind most of the hard won carbon abatement programs created over the last six years.


I guess it had to happen, but when Abbott started calling Shorten “Electricity Bill”, implying falsely that Labor’s Carbon Pricing caused the huge rises in electricity prices suffered over the last few years, when it was mostly pushed up by infrastructure expenditure, the nick names started.


Christine Milne of the Greens was next in with “Typhoon Tony”, after it was suggested that extreme weather events would become more frequent and even more extreme as climate warmed, and repeal of the Carbon Price would exacerbate the problem. Now I would like to add two more. 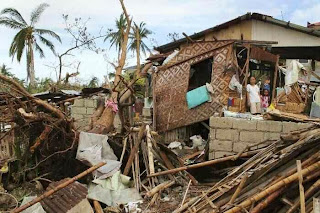 
As they said, when it was suggested by the Greens that climate change would cause more extreme bush fires, like those that raged through the Blue Mountains last month and that Typhoon Haiyan was a portent of worse to come, they were chided for ‘politicising misery’. But as one commentator asked; “If this is not the time to look at the implications of climate change, when should we?”
Posted by Stafford Ray at 6:41 am