Cut to the chase.

Just yesterday I had a new thought. Well, it was for me. It was so profound, that it must have been through thousands of minds since we realised we had minds. However, as I have heard nobody say it in this way before, here it is. But first a preamble.

I was listening to our ABC Radio RN, as experts on Israeli-Palestinian relations were holding forth on the two-state solution that has evaded peace makers since the late 1940's, when Palestinians were displaced to make way for European Jews, decimated by the Nazi's and not really welcome to stay in Europe. 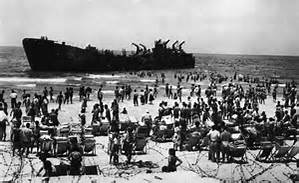 Even after Europe learned the extent of the evil visited upon the Jews, they were still not welcome en-masse, to stay in Europe.

So, how could the British fire upon them as they dragged their mad and sad families shore on the beaches of Palestine, to reclaim the land they were told God gave to Moses three thousand years before. I too read Leon Uris and was on their side.

Arafat and Rabin went close to coming to an agreement before the assassination of Rabin and the mysterious death of Arafat stopped the process. Despite efforts by many statesmen since, there seems to have been little to celebrate. Now I come to the radio story.

Opinion seems to be, that there is now no prospect of a two state solution. Israeli settlements creep further into the West Bank, walls have gone up, mistrust has become absolute and violence from outside and inside Israel is an everyday occurrence. Both groups have moved to a stage were peace is impossible and the only outcome will be an all-out war. Of course the Palestinians could never defeat the might of Israel alone, but if Iran also declared war on Israel and had the bomb....

Now, here is the thought: Anyone who has witnessed the before and afters of all the wars in their lifetime knows that the afters leave everyone much worse off than the befores. So much is destroyed, as destruction seems to pass unnoticed by the combatants in the pressure to not lose. 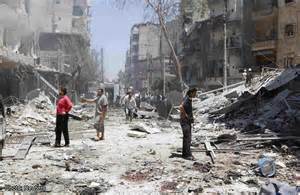 Then, often suddenly, as both sides stagger toward exhaustion, and there is no longer appetite for it and peace negotiations begin. Agreements are signed and everyone goes back to face the destruction.
Restoring the built environment sucks up vast amount of wealth and energy. Some economies never recover and even those that do could have used those resources to build onto, rather than replace. Then there is the human cost of lives lost, maimed to care for and even a gap in education of those who come next. All that is known and irrefutable. 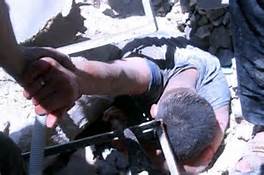 So, what madness is it that prevents us from cutting out the middle bit? We are in the 'before', we know the issues. We know solutions are found after every war. But, historically, they have been found only after both sides have exhausted their economies and sacrificed their youth. So why must we always go straight to the violence?

My thoughts go to the idea that perhaps, most of us are still children. When it comes to dealing with a threat, we do not have negotiating skills. When a sibling wrests away a toy, we run to Daddy, and wonder be! We do the same when we are all grown up. And there always seems to be a Daddy ready to 'Shirtfront Mr Putin', 'Make America strong again','establish and Islamic state' - in other words: 'Leave it to me. Give me control of your freedom, your money, your youth and I'll take care of it.'

How's it been working so far?

Images googled from the web.