A no-brainer? Apparently not. 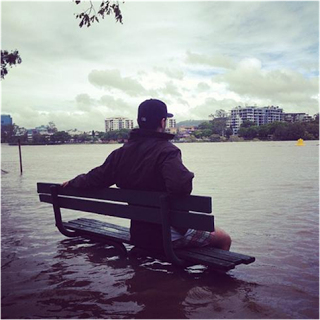 Yesterday we had a guest to lunch, a smart lady, mid seventies and we talked about a range of issues after family histories had been updated. Then, out of the blue, with unmistakable incredulity: “You don’t really believe climate change is real!?”

I was silent for a moment waiting for the smile and when that did not come, I recognised this as an opportunity to try out the argument I had been nurturing for a while, that I considered a no-brainer, but I was wrong.

My argument goes as follows: “OK, let’s leave aside differences of opinion and consider this one question: ‘Is CO2 a greenhouse gas or not?’

My strategy was to follow the expected agreement with: ‘whatever other factors are operating, rising CO2 levels are lifting the basic temperature floor, so all other variables are being lifted with it. Then I had planned to say that CO2 rise is the one factor that is man-made, and is the only one we can, and therefore must fix.

But I didn’t get that far. I was totally blindsided by: “CO2 is plant food!”, followed by: “Anyway the planet is cooling. Haven’t you read Ian Plimer?”

I have read Ian Plimer, geologist, who makes a good case for climate change having natural causes and it does, but as I wrote in a previous post, that does not in any way detract from the argument that CO2 is causing climate change in a fundamental and dangerous way.

My friend Jo realised there was potential for a real argument and steered the conversation to the other big human issue, that of overpopulation, so we chatted about that for a while until I could graciously leave to contemplate what had happened.

Of course, once again, I was snookered by the unfortunate human habit of deciding an issue by intuition, then casting about for evidence in support, while avoiding evidence to the contrary. So for anyone who wants to see why Plimer is very wrong, here is a convincing rebuttal of Plimer’s arguments from none other than the Australian Government’s Dept of Climate Change.

But, as they say; ‘You can lead a horse to drink but you can’t make him water!’
Posted by Stafford Ray at 7:28 am