Getting to the bottom of Climate Change. 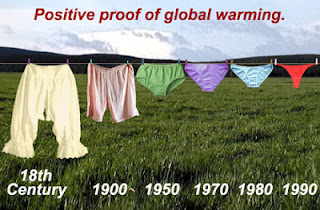 It took only twenty five years after scientists had warned of the consequences of melting permafrost for the Sydney Morning Herald to give it a banner headline: “Even the earth is melting!”

I will leave you to further research that one while we have a look at two really simple propositions. The first is this question: Is CO2 a greenhouse gas or not? We know that it is, so that should be the end of Climate Change debate, but it still rages. Why?

The second is about logic. If a discussion is in progress on any issue where differences of opinion are mutually exclusive, such as “Climate change is the result of human activity V Human activity has no effect on Climate Change”, there are two possibilities. Either one is correct or none is correct. Simple? One would think so, but we are not wired for logic. It must be learned. We are wired for Faith, a process by which we take on a notion and ignore evidence to the contrary. It seems we can be hypnotised and our powers of reason bypassed. An example is the hold Hitler had over an otherwise logical and civilised people that led to the Jewish/Polish/Gypsy Holocaust with death by war of millions more.

We think we have learned to recognise the Hitlers of the world, but have we? Perhaps we are backing the next generation of gurus who are leading us into the next holocaust; the Climate Change Holocaust.

Some questions to contemplate:
Who is constantly promoting economic growth and why?
Is it impossible to live without coal and oil?
What level of carbon emissions is sustainable?
Should I ‘think globally and act locally’ by investing in solar panels or becoming a vegetarian or riding my bike to work or or or, when the Chinese and Indians are ramping up their emissions?
Is population the elephant in the room, and if so, should we accept immigration from cultures in which large families are promoted?
Should I vote for a party with an aggressive climate change policy rather than one that promises jobs in coal mining and CSG, even though it might cost me money?
Does it really matter that we trash our environment if God is about to stage the Rapture?

Add questions, or better still, answers!
Posted by Stafford Ray at 5:28 am